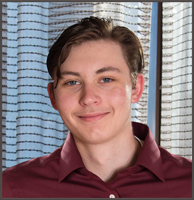 Can you tell us a little bit about yourself and your sibling?
I am Christopher Sousa, I’m nineteen… Connor is seventeen. So, he wasn’t diagnosed until December of 2011, he was eight and I was ten. And there were clues, like when he was four and he had liver problems, we thought it was Biliary Atresia, and when he was seven weeks old he had surgery on his liver. 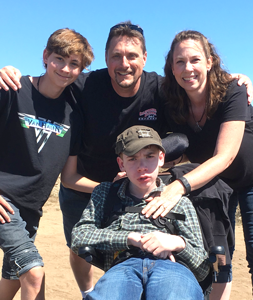 Do you remember being told when Connor was diagnosed or learning about the diagnosis?
Yes, I do. I don’t think I was really told much since I was ten, so I was just pretty much told ‘he has this thing, and he’s probably not going to live as long as you or other people.’ And that was pretty much it.

And before the diagnosis, did you notice anything or any symptoms on your own, or did you find out mostly through your parents?
When Connor was in pre-school my dad thought there was something wrong, and my mom just said he was being paranoid. But then in kindergarten I think they both noticed something was wrong, because I remember when he was in kindergarten there were a couple days where he had to wear an EKG. Of course, cataplexy was super obvious, but there’s nothing that seems necessarily wrong with that, it was just like ‘oh, he fell over because he was laughing.’

Is there anything you wish you had learned or were told when you first learned the diagnosis?
It’s kind of related, but I do wish I had been tested to see whether or not I’m a carrier at the same time that he was tested. Just to know, because that’s still something that bothers me now since I haven’t been tested. 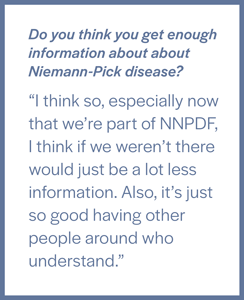 How does Niemann-Pick affect your daily life, for you personally versus your family as a unit?
I don’t know, it sort of becomes a fact of life. I just don’t have anything to compare it to, other than I guess my friends. But everything, when you compare it, isn’t going to be the same.

Does Niemann-Pick affect your daily routine in any way?
I remember feeling disconnected from other people my age kind of, when I found out, because suddenly there was a lot more responsibility. You were now spending parts of your day taking care of your brother instead of going out, to the park, having fun, and hanging out after school.

How do you explain what Niemann-Pick disease is to your friends?
It’s not really something that comes up often. I just tell them he has a disease, he was born with it, and it only gets worse. He used to not be as bad as he is now, he used to be like us until he was about eight or nine. So that’s kind of what I tell people.

In general, do you think you get enough information about Connor’s health or about Niemann-Pick in general?
I think so, especially now that we’re part of NNPDF, I think if we weren’t there would just be a lot less information. Also, it’s just so good having other people around who understand.

Do you find that most of your information about Niemann-Pick is given to or shared with you, or do you ever seek out information on your own?
I think it’s definitely a mix of the two, seeking and receiving. I get a little bit from my mom, and a little bit from NNPDF emails, so I go in and read the links. But I’ve also looked into it more in the past, especially in high school, on projects dealing with biotech. 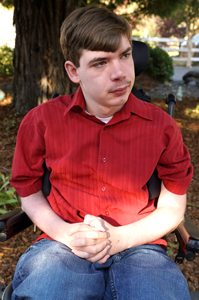 What advice would you give to other young people in your situation when they first learn of their sibling’s diagnosis?
Definitely, there’s a lot of times where it’s really easy to be angry or upset, and you just have to laugh, just be like ‘how stupid is this?’ When I was younger I was really angry about it all the time, and I never really took the moments as like ‘oh, he made a mess, that’s funny’ versus ‘he made a mess, now I have to clean it up.’

Is there anything related to your brother’s illness that you personally are in charge of handling or feel most responsible for?
One of the things that I do most days is a breathing treatment that he does now. It takes about an hour, he does it twice a day, and I’m usually there doing it. As they get older they have trouble swallowing, and they get fluid build-up in their lungs, so it’s to prevent that.

Are there other things you and your brother share, any activities you like to do together?
When we were younger we used to watch movies and listen to music together all the time… now not as much. His favorite song, we would both just yell it, was “We Built This City” [by Starship] and he definitely, definitely loves watching The Muppets.